On 11 November 1579, it was placed the foundation stone by the hands of the Fermo Bishop Msgr. Pinelli, who choose the location on the crumbing miraculous aedicule located along an ancient road to Fermo, near a bight of the Ete  river and depicting a beautiful image of the Crucified. The government and the administration of the little church were attributed, by a bull of Pope Gregory XIII, to the Holy Sacrament confraternity, which still retains it. Today it is known as the Church of Santa Croce, because in the first half of '700, a man known as Marcelli guarded, taking it from Rome, a precious relic of the Christ Cross.The discovery of the Sacred Wood happened thanks to the Empress St Helena on 3 May 326, during a journey to the Holy Land. 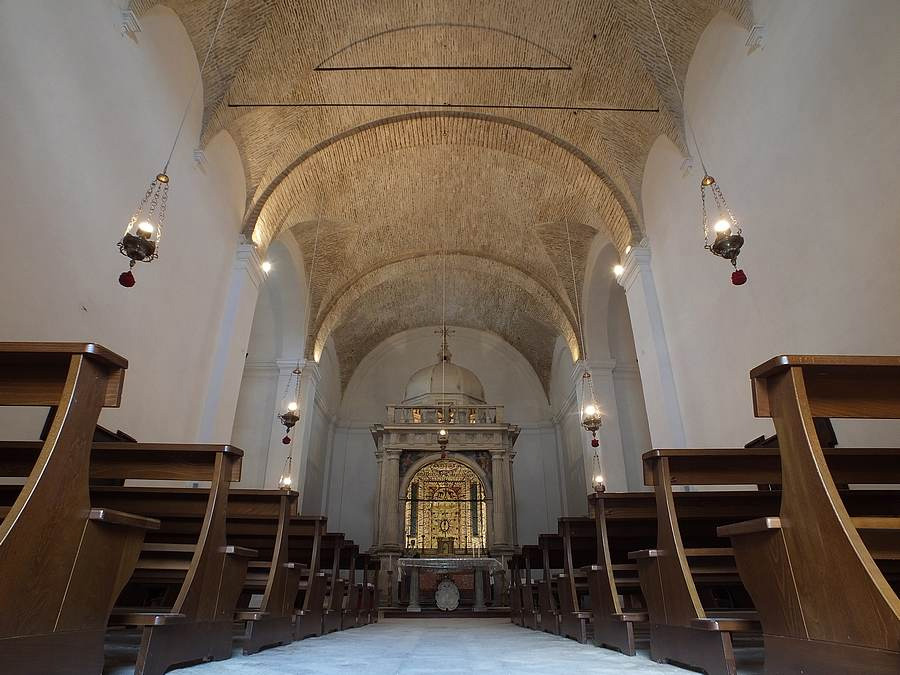 The planimetry of the church has just one nave with vaulted brick ceilings on sight, it takes the form of a Latin cross for the opening of two side chapels at the transept. In the middle of the transept stands a small Doric-Renaissance temple with a square base in nutmeg stone and octagonal top floor, closed by a flower head with a drum lightened by windows. The temple recalls the Holy House of Loreto. Outside the temple we can see the following scenes: Christ praying in the Garden of Olives, the Flagellation of Christ, and Jesus falling under the Cross.

In the inner part, we can  find a fresco dating dating back to the XIV century depicting the Eternal Father, supporting the Crucified Son. Also inside the paintings of Pier Francesco Renolfi from Novara, dated back to 1594, stands out: on the left Saints Martino, Biagio and Lucia and on the right the Holy Family and Saint John. Inside of the temple in the inner part, we can see the Eternal Father surrounded by four Prophets and four Sibille.

It is tradition to touch the back of the tmple's marble  , where the "Flagellation" is depicted, to know from the marble sweating,if a providential rain will arrive for the harvest.

Still today the Church of SS. Crucified d'Ete has a particular charm on the inhabitants of Mogliano and the surrounding area. The main event is scheduled on May 3 for the feast of St. Cross. In addition to the liturgical celebrations and the fair. it is the meeting point for the traditional snack on the lawns. 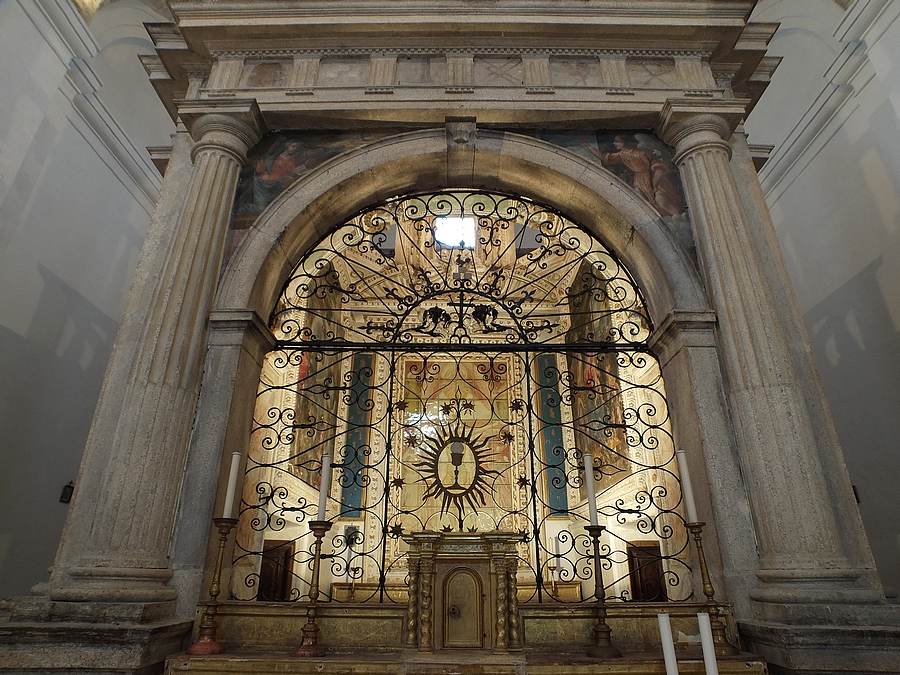 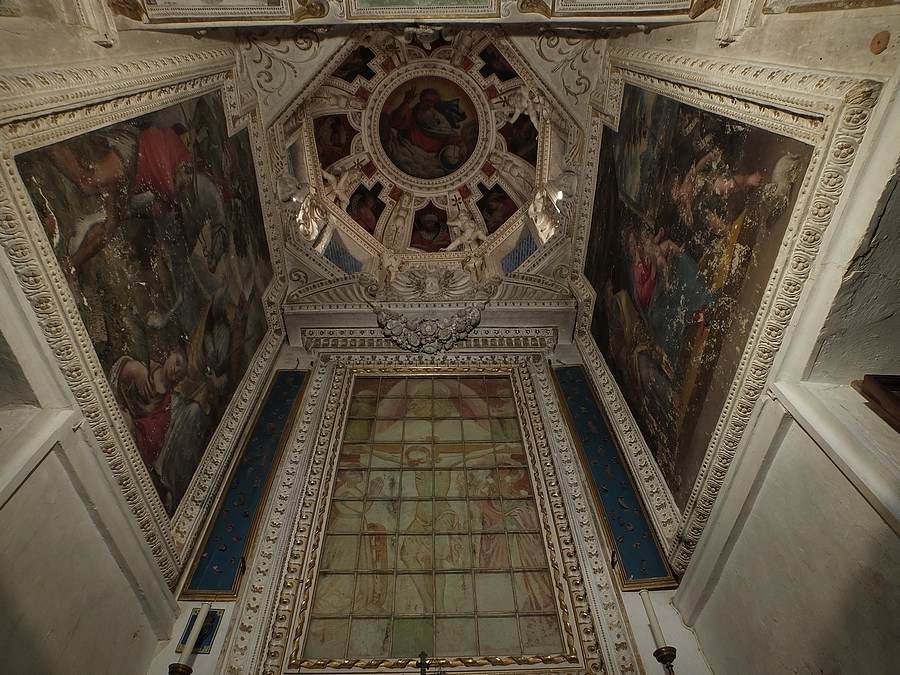 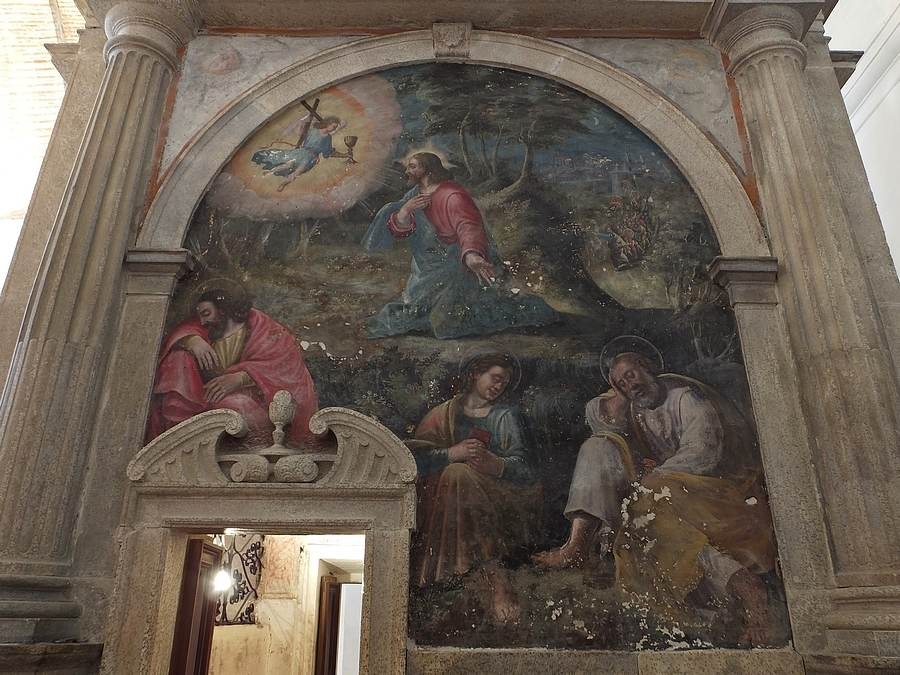 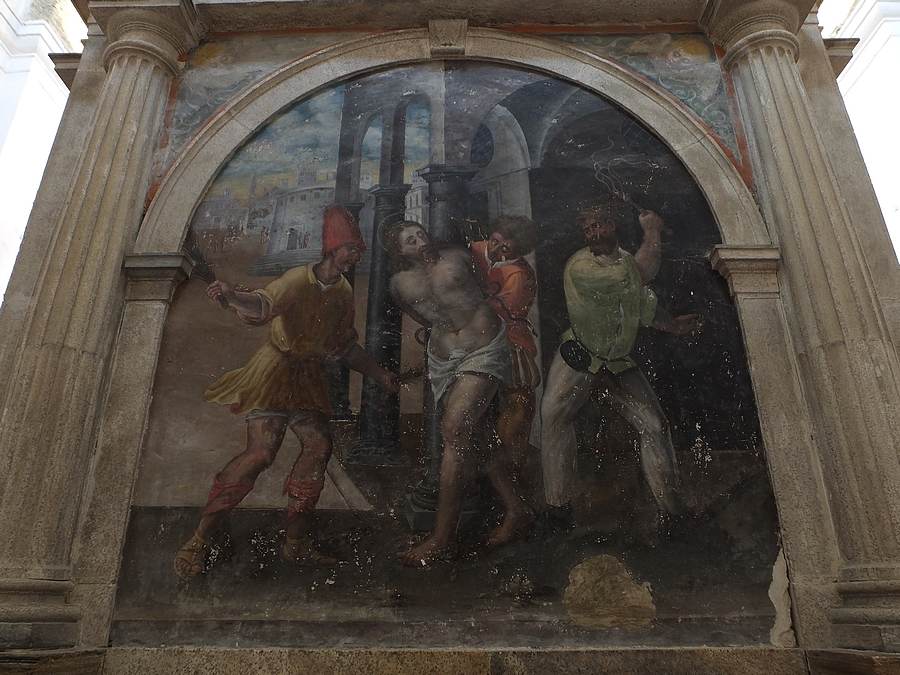 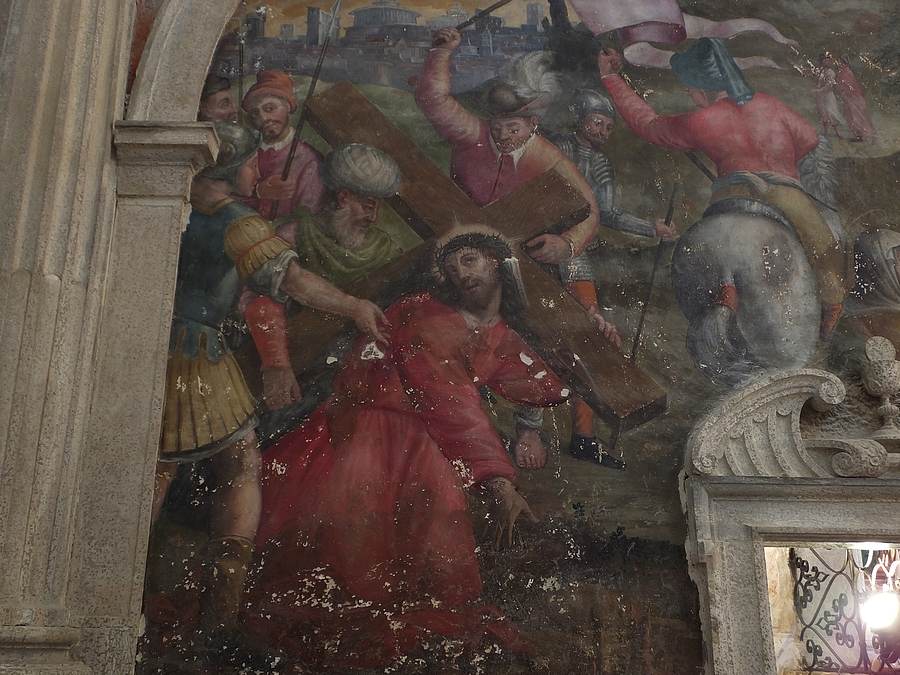