Concerning the construction of Palazzo Forrti we don't know a lot; we aren't able to indentify the architect and craftmen who worked on the building because of Forti family private documents' loss.

During the second half of the XVII century, the family began the construction of his house that continued in the next century and in the nineteenth century the building went through some changes.

Its facade is very neat and well conceived even though the building is the result of merging several buildings. The sober and imposing façade, slightly curved to adapt to the road way,  has an elegant ashlar portal in the center, above the pertal there is a graceful sandstone balcony, supported by four big shelf. On the arch still there is the emblem of the family Forti. The facade, marked by strip that shows differt floors of the building, is enhanced by windows with travertine cornices.

The palace is now the Town Hall.On the ground floor the main hall is used for meetings of the City Council and it has a ceiling with wooden covering and a central Murano glass chandelier. On the walls there are several oil paintings and many frescos of various origins.

Going up to the noble floor,you enter the Hall which currently holds the portraits of Mogliano's famous and meritorious people. Then you pass through some beautiful rooms and you are attracted by beautiful wooden ceiling coffer decorated in the mid-eighteenth century.

It is interesting to visit a small room between the first and the second floor, built inside a tower and painted in Pompeian style, once it was the study of Forti Lords.

On the second floor there is the historical archive and library with numerous books and manuscripts, in an elegant and recently renovated location. This renovation has also affected the basement of the building with arches and original vaults, where once there were warehouses and storerooms, an oven, a well, an olive press and a vegetable garden; the building was a financially autonomous structure, also used by the servitude of the family Forti. 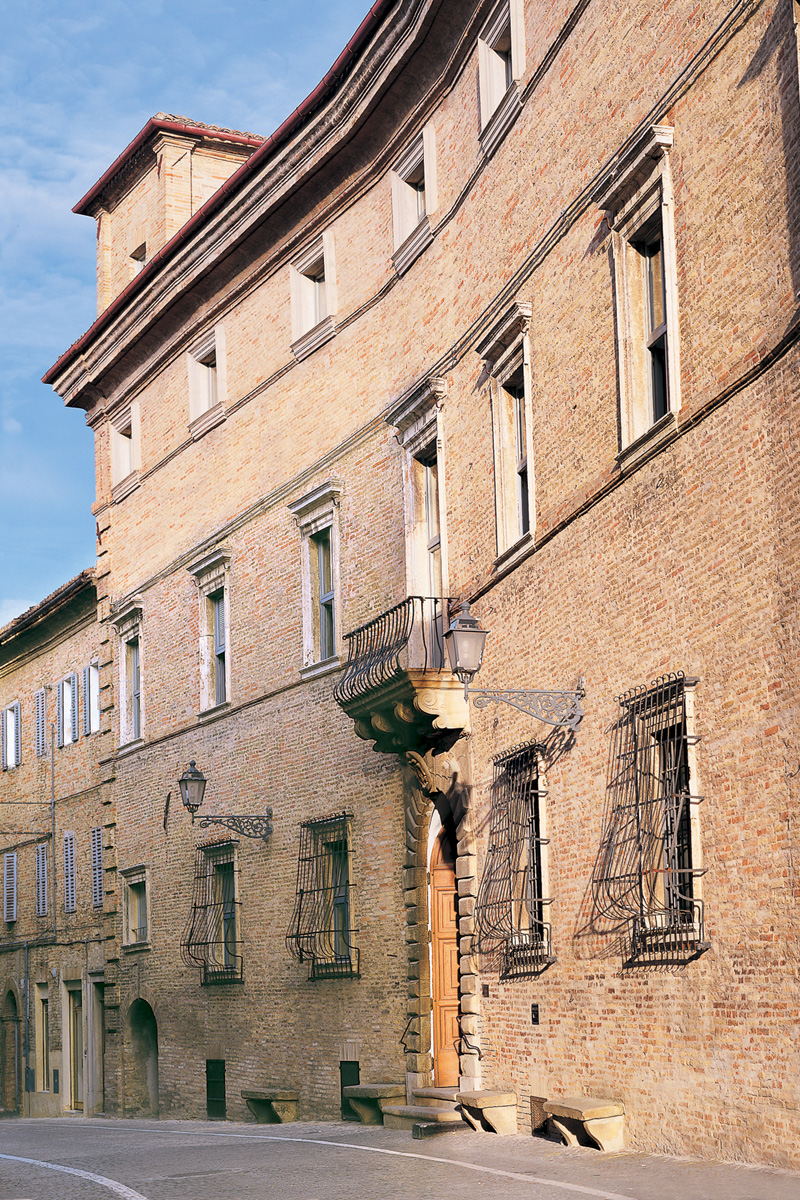 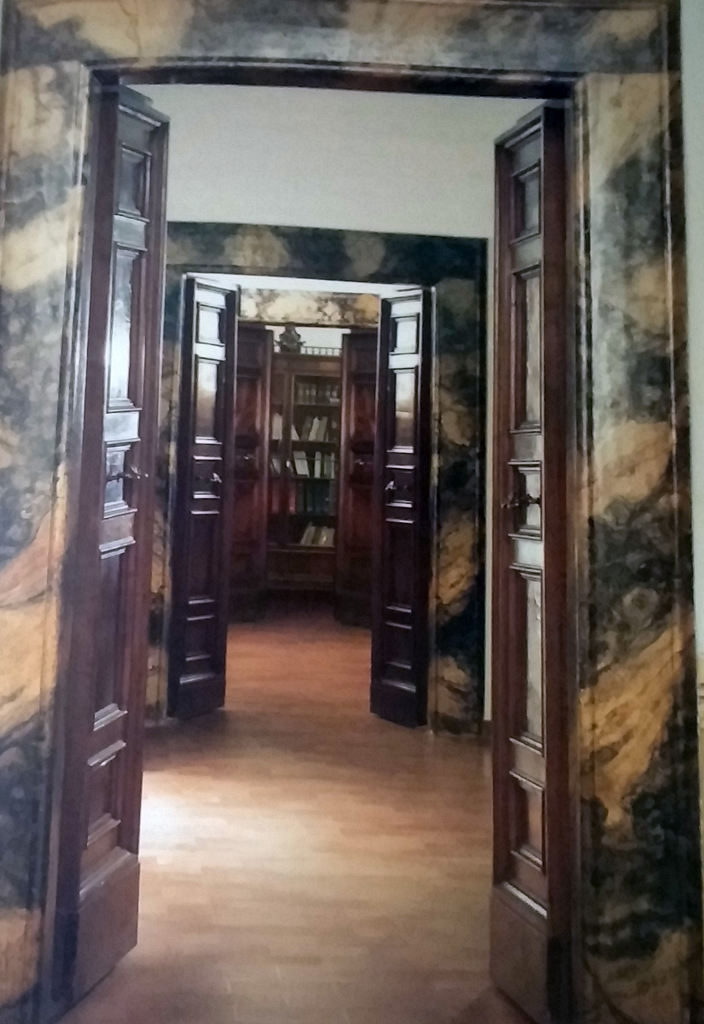 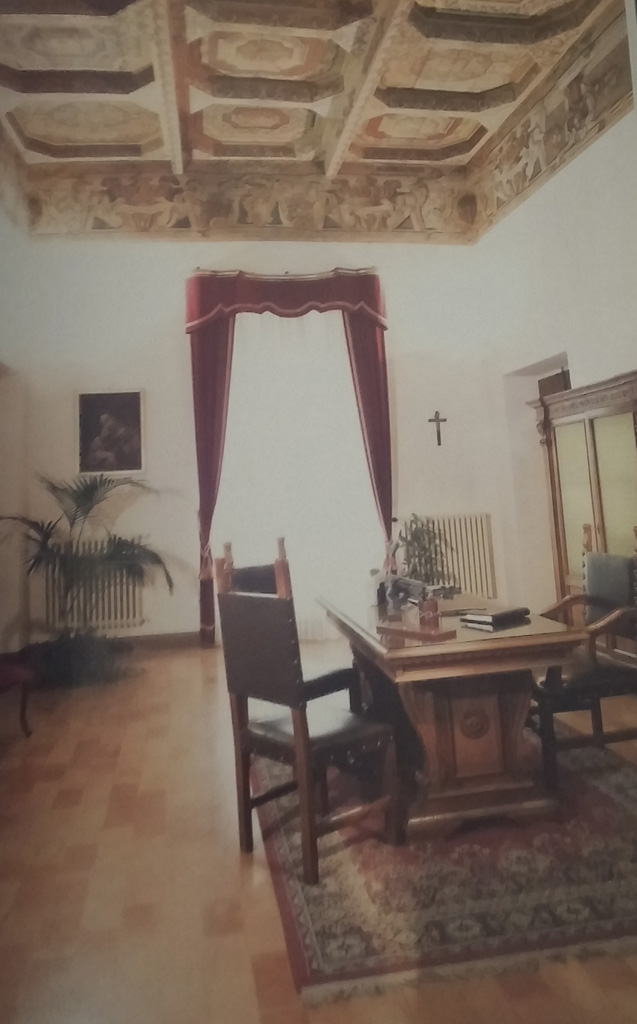